BITTY AND BEAU'S REOPENS THANKS TO GOVERNMENT STIMULUS 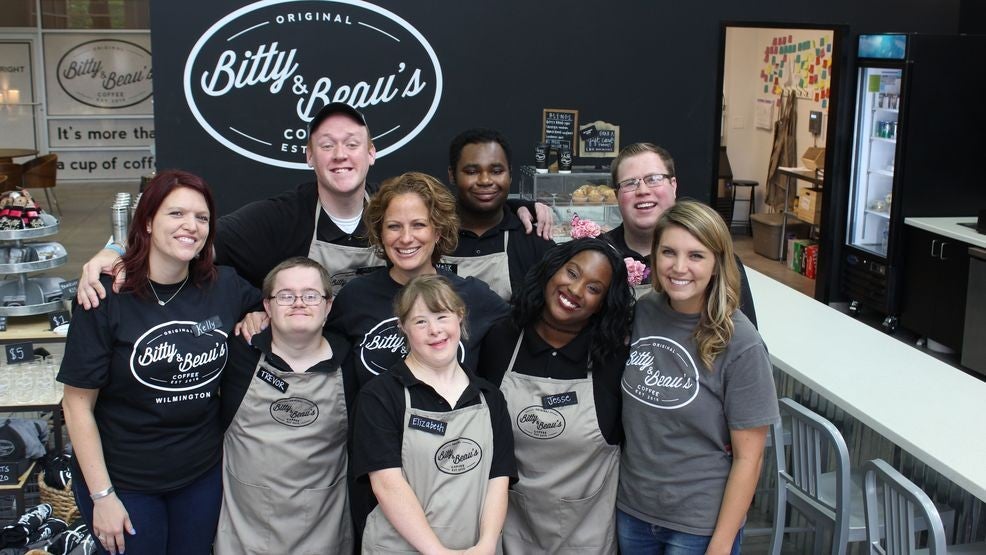 It is no doubt that American businesses of all shapes and sizes are feeling the impacts of COVID-19. From restaurants to rental companies, just about every sector of commerce is being tested for resiliency during these difficult times. While working on projects to maintain our communications with employees, owners, and guests of Carolina Beach Realty, we stumbled across a news headline featuring a local business that truly warmed our hearts. This is a short story about Bitty and Beau’s.

For those of you who don’t already know of Bitty and Beau’s Coffee, they are a remarkable organization with roots right here in Wilmington, NC. What started as a single location with the mission of giving meaningful employment to people challenged with disabilities has blossomed into locations in four states.

The original Beau’s Coffee opened January 2016 in a 500 square foot space in Wilmington, NC. The original shop was run by 19 employees with intellectual and developmental disabilities. With over 80% of people with intellectual and developmental disabilities unemployed nationwide, Beau’s Coffee created a path for people with disabilities to become more valued, accepted and included in every community. In July 2016, Beau’s Coffee was renamed Bitty & Beau’s Coffee (Beau’s 12th birthday wish was to have his little sister’s name put up in lights, too) and moved to a 5,000 sq/ft building that now serves as both a local coffee house and national headquarters. In February 2018, Bitty & Beau’s Coffee opened a second shop in Charleston, SC and in January 2019, a third shop opened in Savannah, GA. A fourth shop is slated to open in Annapolis, MD fall 2019. Bitty & Beau’s Coffee currently employs 80 people with disabilities and has been featured on The Today Show, Rachael Ray, CNN, Harry, Good Morning America, Dr. Oz, HLN, People Magazine and Southern Living Magazine. Founder, Amy Wright, was named 2017 CNN Hero of the Year.

In an interview with Fox News, owner Amy Wright discussed facing unprecedented circumstances and very serious considerations for employee and customer safety, ultimately deciding to close their doors about three weeks ago before guidance from the government. She added that it was exceptionally scary since approximately 80% of her employees did not have a job before.

The news took a positive turn when a local lender, Live Oak Bank, worked diligently to get Bitty and Beau’s access to funds from the PPP (Paycheck Protection Program) after hearing the news of their layoffs. The Paycheck Protection Program is a loan designed to provide a direct incentive for small businesses to keep their workers on the payroll, and are forgivable if all employees are kept on the payroll for eight weeks and the money is used for payroll, rent, mortgage interest, or utilities. Given the funds to bring back the team, Wright has reopened her business and employees are back at work! You can watch the full interview here. Although Bitty and Beau’s has been given a second chance of operational survival during these challenging times, it’s not all “cream and sugar” right now. The physical locations remained closed to the public and they’ve shifted their focus to growing their online business. If you are interested in supporting their cause there are many ways to do so! By visiting BittyandBeausCoffee.com, you’ll have access to learning more about their business and an entire catalog of merchandise, including their tasty coffee, branded clothing, and a new coffee subscription service.

Several consumers have been posting to social media raving about the coffee and subscription service. One of the special touches with every order from Bitty and Beau’s is a handwritten note from the employees. 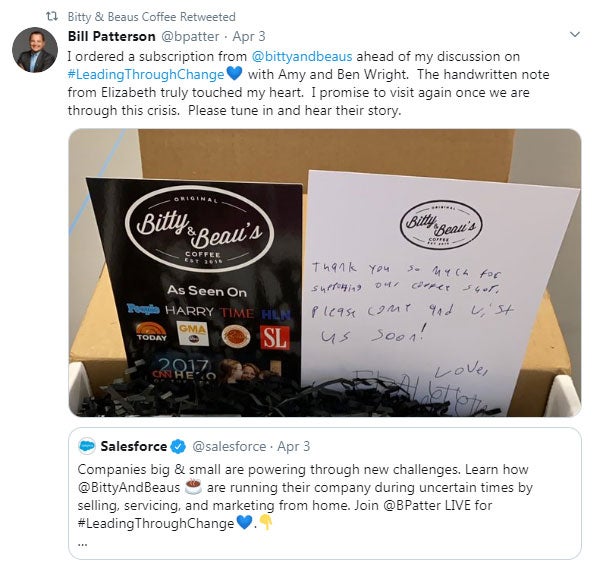 All of us at Carolina Beach Realty are pleased to share this good news with you. We’d ask you to continue to support small businesses in any way possible, and stay safe while we get through these challenges together!

For more uplifting news and information about Carolina and Kure beaches, subscribe to our email newsletter.

Saturdays and Sundays: 9am – 3pm

*Will be closed on Sundays starting October 2nd